Lets all try and be be aware of what Human Trafficking actually is so, we can recognize it. 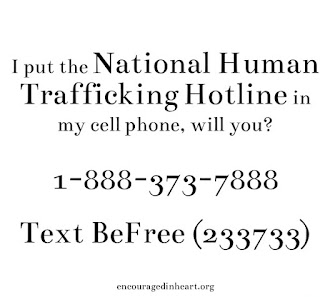 Every year, human traffickers generate billions of dollars in profits by victimizing millions of people in the United States and around the world. Traffickers are estimated to exploit 20.9 million victims, with an estimated 1.5 million victims in North America, the European Union and other Developed Economies combined. Despite growing awareness about this crime, human trafficking continues to go under-reported due to its covert nature, misconceptions about its definition, and a lack of awareness about its indicators. 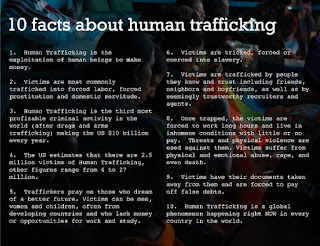